How President Joe Biden Will Reshape the Nation’s Housing Market 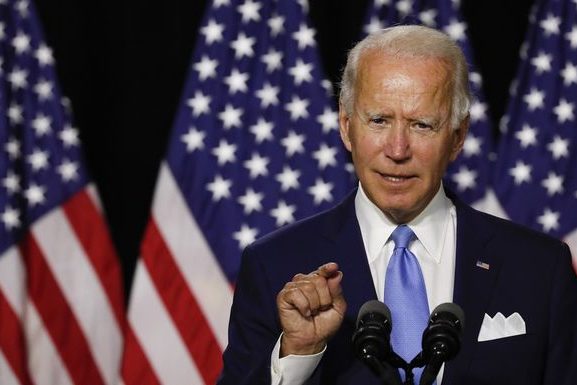 It was a knock-down, drag-out fight that polarized much of the nation in the months—all right, years—leading up to Election Day, as well as over the last few nail-biting days after the election as ballots across the country continued to be counted. But former Vice President Joe Biden managed to eke out a victory, although President Donald Trump insisted he would challenge the results.

The election played against the stark backdrop of the deadly COVID-19 pandemic, a battered economy, and a myriad of hot-button racial and immigration issues. Almost lost in the partisan spectacle has been the future of the white-hot housing market. But the 46th president’s ambitious housing plan could have momentous consequences—if it shakes out to more than just empty campaign promises.

A historic home shortage and record-low mortgage rates have pushed prices to new heights, even as the U.S. entered into the worst recession since the Great Depression.

“Everyone may not love the outcome of this long-drawn-out roller coaster of an election, but I think everyone can breathe a sigh of relief that it’s over,” says realtor.com® Chief Economist Danielle Hale. “Biden has a really ambitious agenda that will try to create opportunities for more low- and middle-income Americans to become homeowners or afford rental housing.”

That could result in some big changes, says Edward Goetz, an urban policy professor at the University of Minnesota in Minneapolis.

“The issue is really how affordable housing, as a category of efforts, compares to the other things he’s going to want to accomplish, such as student loan debt, climate change,” and how he prioritizes them, says Goetz.

Soon enough, Biden will have to make good on his campaign-trail promises. Here’s a roundup of his to-do list.

Campaign promise: Help more Americans achieve homeownership
One of the main planks of Biden’s $640 billion housing plan, which his campaign dropped in February, has been to help more Americans become homeowners. Now that he’s president, he has the opportunity to turn that high-flying plan into reality as he tries to heal the divisions within the nation.

He plans to give first-time home buyers a down payment tax credit of up to $15,000 that they could actually use at the time of purchase. As home prices have soared in recent years, this could be a big help to many cash-strapped buyers. The median home list price was $350,000 in September, according to the most recent data available.

“Biden recognizes how challenging it can be for some people to become homeowners,” says Hale, predicting that his administration will “pursue policies that will make getting your foot in the door easier.”

Meanwhile, teachers, first responders, and other public and national service workers would also be eligible for down payment assistance and lower home prices. However, they would need to buy and move into homes in either struggling, lower-income neighborhoods or pricier communities that don’t offer much more reasonably priced housing.

“These are some of his more innovative ideas about combining housing assistance with improving communities,” says Goetz. “It’s a good thing, [but] I don’t know how much of that is actually going to happen.”

Campaign promise: Address racial discrimination in housing
Even before the Black Lives Matter protests erupted across the nation in response to the death of George Floyd, Biden pledged to help fight the racial housing gap. The gap has resulted in lower homeownership rates (and therefore lower household wealth) for communities of color.

He’s proposed creating a national standard for appraising homes to make sure properties in communities of color wouldn’t be assessed for less than similar homes in comparable white neighborhoods.

“It’s certainly a step in the right direction, but it’s not going to [completely] solve the problem,” says Hale. That’s because buyers will ultimately determine the price of a property by how much they’re willing to pay for it.

“There’s so much already tied into the value of a property based on its location,” Hale explains.

In addition, Biden has proposed creating a public credit agency that would help raise the scores of minority home buyers by considering things like rental payment histories and utility bills paid on time. This could help more buyers qualify for mortgages with lower fees and rates.

In contrast, President Donald Trump ended a rule over the summer that required many suburban communities to diversify. The President Barack Obama-era regulation forced communities receiving federal housing money to assess and address housing discrimination. Many wealthier towns and suburbs had fought allowing more affordable housing, ranging from apartments and condos to smaller, single-family housing, to go up. They feared this could result in lower property values.

Biden has said he will require and incentivize local and state governments to do away with regulations that perpetuate segregation and make it harder for builders to put up new housing.

His administration could “make local governments understand they’re going to be held to some standards,” says Goetz. “It could change local planning and policies related to the kinds of housing that can be built. It means more housing opportunities for populations that have historically been discriminated against.”

Biden would also attempt to cut the carbon footprint of the country’s buildings in half by 2035. Developers would be eligible for incentives to retrofit homes to become more energy-efficient and create their own clean power.

Campaign promise: Get assistance to struggling renters
When it comes to renters striving to make ends meet, Biden plans to fully fund Section 8 vouchers so that every low-income American who qualifies for the program would receive the assistance. Currently, about a quarter of households eligible for the vouchers don’t receive them because there aren’t enough to go around.

Along similar lines, Biden will offer low-income renters a tax credit designed so they pay only up to 30% of their income on housing and utilities.

“The program will be costly to administer, but it will help the individual,” says Ken Johnson, a real estate economist at Florida Atlantic University in Boca Raton.

The problem is that the poorest renters need help every month—not just at the end of the year when taxes are filed, says Goetz.

“The objective is good,” says Goetz. “The tax credit dilutes some of the impact.”

Biden may also decide to extend Trump’s eviction moratorium to prevent renters from losing their homes during the coronavirus pandemic. It makes it illegal for landlords to evict most tenants until next year.

The new president has also pledged to increase the housing supply by putting $100 billion toward constructing and upgrading affordable housing. He will use tax incentives to erect affordable housing in areas where it’s in short supply and try to limit local and state government restrictions on the amount of new construction.

“It’s a return to a more typical agenda of a Democratic president by trying to build and create more affordable housing,” says Goetz.

“It’s overdue. We’re in the middle of a housing crisis and we have affordability issues all over the country.”

In addition, Biden hopes to ease homelessness by providing emergency funding to shelters and provide case management services for those in need. He will prohibit shelters that receive federal money from turning away members of the lesbian, gay, bisexual, transgender, and queer community. And he’d provide more housing for the disabled, elderly, and formerly incarcerated.