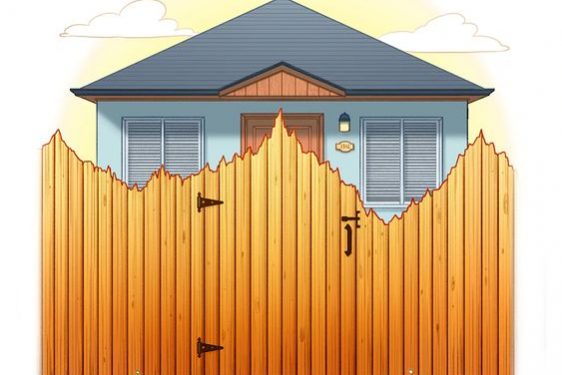 The bottom has yet to be reached as mortgage rates achieved a new low for the fourth time in the past five weeks.

According to the latest data released Thursday by Freddie Mac, the 30-year fixed-rate average tumbled to 2.98 percent with an average 0.7 point. (Points are fees paid to a lender equal to 1 percent of the loan amount and are in addition to the interest rate.) It was 3.03 percent a week ago and 3.81 percent a year ago. Since November 2018, when it was 4.94 percent, it has fallen nearly two percentage points.

Freddie Mac, the federally chartered mortgage investor, aggregates rates from 125 lenders nationwide to come up with weekly national average mortgage rates. It uses rates for high-quality borrowers who tend to have strong credit scores and large down payments. These rates are not available to every borrower.

“The roller coaster of optimism and pessimism regarding the economic outlook continues,” said Danielle Hale, chief economist at Realtor.com. “On the downside, an escalating number of coronavirus cases in a growing number of states demonstrates how hard the virus is to contain, especially when trying to jump-start the economy. On the upside, signs of progress toward a coronavirus vaccine give hope that there’s a path to a new normal where health concerns don’t dominate decision-making.”

Here’s what to do if you can’t pay your mortgage
Chicago radio host AC Green has offered mortgage advice for more than 17 years on air. Here’s how he suggests managing mortgages in these uncertain times. (Ashleigh Joplin/The Washington Post)
The latest surge in coronavirus cases and its effect on the U.S. economy are sending fixed mortgage rates lower. As cases increase, financial markets are assessing whether the uptick will thwart the economic recovery.

“What markets don’t know is whether this latest surge in covid-19 cases is going to send the economy careening back downward, or if any positive developments regarding the pandemic exist on the horizon,” said Matthew Speakman, a Zillow economist. “Both of these factors will impact mortgage rates going forward, with the latter likely having a larger impact.”

Bankrate.com, which puts out a weekly mortgage rate trend index, found more than half of the experts it surveyed expect rates to remain about the same in the coming week.

“The uptick in covid-19 cases could influence rates lower, while the anticipation of a vaccine has the opposite effect,” said Elizabeth Rose, sales manager at AmCap Mortgage in Dallas. “I expect this push-pull will keep rates steady over the next week, with 30-year rates below [3 percent].”

“Borrowers across the country are benefiting from mortgage rates that continue to decline to new record lows,” said Bob Broeksmit, MBA president and chief executive. “Refinances jumped considerably on a weekly and annual basis, and purchase activity, while down for the week, has increased above year-ago levels for two straight months. Home-buying activity that was delayed by the pandemic in March and April is stretching into the summer, with reports from lenders that many buyers are motivated by the low rates and are looking for more indoor and outdoor space.”

Kathy Orton is a reporter and Web editor for the Real Estate section. She covers the Washington metropolitan area housing market.